Why I Signed the Writers’ Petition to the Toronto Public Library 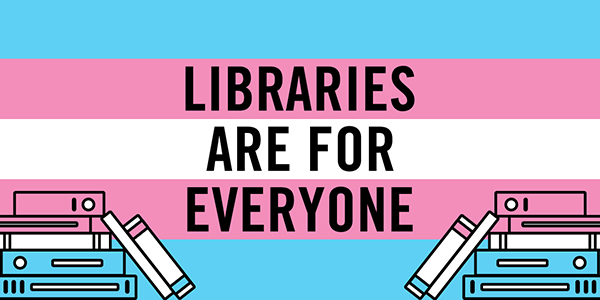 One day, early in the first year of my MFA program, I was in middle of working on a scholarship application when I got a call at home from one of the professors writing a letter of reference for me. We didn’t know each other well at this point, so he wanted to ask me some questions about my resume. The big one he had was, “Of all the things you’ve done in your career, what are you most proud of?” I didn’t even have to think about it: I was most proud of having been invited by the Library Foundation of Los Angeles to moderate one of their ALOUD events. I explained, though, that this was not because of the high-profile guests of honor — though they’re certainly two of the finest and most impressive gentlemen you could ever hope to speak to — but because one of the greatest libraries in the world thought I had something (however small) to add to one of their programs. I couldn’t (and still can’t) think of anything I’m more proud of than that.

To me, libraries are hallowed ground; there are no physical spaces that I revere more. I can tell you a lot about the local libraries wherever I’ve lived because I’ve spent a lot of time in them. Furthermore, I am in awe of the work that librarians do, especially in terms of attending to vulnerable and at-risk individuals. Yes, there are a lot of librarians in my family (including my mother, my paternal grandmother, and my late uncle), but I think I’d feel this way even if there were none: I worked at the Allen Ginsberg Library during my first stint in graduate school, and it remains one of the most humbling and rewarding jobs I’ve ever had.

It’s been more than a little heartbreaking, then, to watch my current local library, the Toronto Public Library, make such grievous errors in judgment over the past week or so. As the CBC reports:

The Toronto Public Library is standing by its decision to rent out space to a third-party event featuring a writer and activist who argues against transgender rights, despite mounting opposition from authors, politicians and the city’s mayor.

Meghan Murphy, who runs the website Feminist Current, has argued that “allowing men to identify as women” undermines women’s rights, and that transgender women should not be allowed in women’s spaces.

She has publicly opposed Bill C-16, which made it illegal to discriminate based on gender identity and expression, and was banned from Twitter in 2018 for violating its hate speech policy.

Worse still, Vickery Bowles, city librarian for the Toronto Public Library, tells the CBC that she refuses to reconsider the institution’s decision to rent the space to Murphy because to do so would run afoul of “free speech.”

However, as that aforementioned coalition of opposing authors (led by Alicia Elliot, Catherine Hernandez, and Carrianne Leung) has noted in their petition, renting space to Murphy for this event seems to be at odds with both the library’s stated values of “equity, diversity, inclusion, intellectual freedom and integrity,” as well as their “Community and Event Space Rental Policy” (which specifies that the library “reserves the right to deny or cancel a booking when it reasonably believes…use by any individual or group will be for a purpose that is likely to promote, or would have the effect of promoting discrimination, contempt or hatred for any group or person…”).

From the sounds of ace Ryerson University journalism student Julia Duchesne’s reporting on Twitter, the situation did not seem to improve at last night’s Toronto Public Library board meeting. Among other things, the library board apparently responded to concerns about their rental policy by pointing out that Murphy “has not been charged with a crime.” But, as academic librarian Jane Schmidt pointed out to them, that’s actually “not a criterion in [their] updated policy.” In addition, when one library board member was asked by a trans woman “if he [believed] she [was] a woman,” the board member apparently did not reply.

As Elliott, Hernandez, and Leung put it in their letter:

In a province where 20% of trans folks have been physically or sexually assaulted due to their identity, and 34% have been verbally threatened or harassed, we should be safeguarding access to public institutions to our most vulnerable. Offering Murphy a platform means denying the resources and promise of safe and equitable space to trans communities. … It is hard to believe that the event which Meghan Murphy is speaking at, titled “Gender Identity: What Does It Mean for Society, the Law and Women?” would not be bringing together all of her talking points mentioned above in order to “promote, or… have the effect of promoting discrimination, contempt or hatred” for trans people. In a city where trans communities are already unsafe, your decision to allow this event to happen within [the Toronto Public Library] will intensify this danger.

In addition, I call bullshit on the idea that renting space to Murphy must be done to protect free speech. A quick search of their catalog shows that the library holds physical, electronic, and audio versions of Andrew Marantz’s new book Antisocial: Online Extremists, Techno-Utopians, and the Hijacking of the American Conversation (2019) — it might do Bowles and the library board some good to check it out. As the author shows there and opines in a recent piece for the New York Times, the claim of protecting “free speech” can sometimes be a “cop-out,” “intellectually dishonest,” and/or “morally bankrupt.” He continues:

Libel, incitement of violence and child pornography are all forms of speech. Yet we censor all of them, and no one calls it the death knell of the Enlightenment. … Like all values, [free speech] must be held in tension with others, such as equality, safety and robust democratic participation. Speech should be protected, all things being equal. But what about speech that’s designed to drive a woman out of her workplace or to bully a teenager into suicide or to drive a democracy toward totalitarianism? Navigating these trade-offs is thorny, as trade-offs among core principles always are. But that doesn’t mean we can avoid navigating them at all. … We can protect unpopular speech from government interference while also admitting that unchecked speech can expose us to real risks. And we can take steps to mitigate those risks.

The library’s rental policy is supposed to be one of those steps; not enforcing it, and citing the protection of “free speech” as the reason, is both wrongheaded and dangerous.

All this in mind, I have signed on to Elliott, Hernandez, and Leung’s petition, along with thousands of other “Toronto and Ontario writers and members of the literary community.” I urge you to do the same if you fit this bill. If you don’t, but are concerned about the Toronto Public Library’s decision, I hope you’ll register your concerns some other way. (All of the library’s contact information, by the way, can be found right here.)

At last night’s library board meeting, Schmidt apparently also said, “I don’t think TPL [the Toronto Public Library] can come back from this.” At first I thought that perhaps it could (in time) by cancelling the booking, doing some serious soul-searching, and at least a doubling-down on efforts at allyship. At the moment, though, it seems like the situation is getting worse and worse with each development. Schmidt might be right.

Toronto’s transgender community deserves far, far better than this from their public library. This has all had an awful effect, transforming a place that should be a welcoming space into a hostile environment. And for what?

You’re in the wrong, TPL. Fix this.