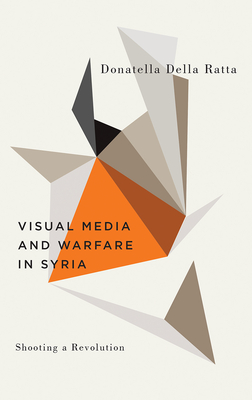 In keeping with the amount of conflict it has produced, the first part of the twenty-first century has been a particularly prodigious period for critical thought about visual media and war. After indelibly critiquing the medium in 1977’s On Photography, for example, Susan Sontag oscillated just as thoughtfully in a more constructive direction with 2003’s Regarding the Pain of Others. “As objects of contemplation, images of the atrocious can answer to several different needs,” she writes. “To steel oneself against weakness. To make oneself more numb. To acknowledge the existence of the incorrigible.” And indeed we can find contemporary war photographers struggling to respond to these and other needs, albeit with varying degrees of success, in such works as Michael Kamber’s essential interview collection/photo anthology Photojournalists on War: The Untold Stories from Iraq (2013).

Conversely, many others have followed Nicholas Mirzoeff’s cue, thinking, as he does in Watching Babylon: The War in Iraq and Global Visual Culture (2005), about “the ways in which images have become weapons in the military-visual complex.” David Shields’s brilliantly cheeky 2015 coffee-table book War Is Beautiful: The New York Times Pictorial Guide to the Glamour of Armed Conflict, for instance, strongly suggests that the newspaper of record’s highly aestheticized images of the Iraq War have been just as harmful in their way as, say, Judith Miller’s reporting. Similarly, in his masterful 2008 documentary film Standard Operating Procedure and its companion book The Ballad of Abu Ghraib (2008) (co-authored with Philip Gourevitch), Errol Morris scrutinizes the images that emerged from the infamous Iraqi prison and finds serious reason to doubt the tidy narrative that they simply show the actions of “a few bad apples.”

But despite all of this important work, we are still very much at the beginning of thinking critically about how networked communications, such as social media, compound and complicate these and other issues. Enter Donatella Della Ratta, whose recent Shooting a Revolution: Visual Media and Warfare in Syria begins with a bold but undeniably compelling assertion. “I argue that Syria is the first full-fledged networked conflict,” she says. “Iraq’s 2003 conflict, for example, lacked this dimension because the major social networks and sharing platforms such as YouTube or Facebook were not present yet.” (Facebook was founded in 2004 and YouTube in 2005.) Using the example of Abu Ghraib, she points out that “the tortures, the pictures [came to us] one after another, like in a linear scheme, in accumulation.” By contrast, as “networked images,” those coming out of the Syrian Civil War “move beyond the [bilateral] relationship between image-makers and publics to construct a multilateral dialogue with the networked environment inhabited by human and non-human subjectivities (data, algorithms, automats and bots, AIs)” (p. 196). Put another way: “The networks have granted the utmost visibility and shareability to the most extreme violence, finally merging the physical annihilation of places with their endless online regeneration, producing a sort of onlife which gets renewed every time content is manipulated, re-uploaded, re-posted and shared, as meanings are combined and recombined in different, clashing versions” (pp. 4-5)…

You can read the whole thing right here.